From the moment my father first showed it to me when I was a child, Langston Hughes’ “Harlem” has been my favorite poem of all-time. It instantly resonated with me like nothing else did, introducing the question I still frequently ask myself today: “what happens to a dream deferred?”

I’m of the belief that we are seeing this latter reality take place throughout the country. On multiple levels. For it’s not just the one collective dream of true racial equality that’s been deferred, but the specific dreams of countless individuals in every nook and cranny of this land. We’re not just in the midst of a singular macro explosion, but amidst innumerable micro ones. The protests, the social media posts, the petitions; this is merely the smoke.

And even this only reflects a portion of those whose dreams have been deferred.

Lest we forget, not every dream’s deferment results in an explosion. Some people’s voices have dried up such that they now only sit and watch. Some people’s wounds are festering, and they grow bitter as they run back home. Other people can’t muster the strength to shower and eliminate their stink, others watch their bodies crust and sugar over like the syrupy sweets they’ve been consuming in order to cope, and still others, depressed, sag like a heavy load.

Yet every single one of these people is hurting.

Presently, I find myself asking and answering a slightly different question than the one Hughes posed.

What happens when so many dreams are deferred? America, the year 2020. 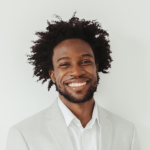 (Founder of The Young & Rising)
I’m simply striving to be all I can be on this earth. I’m a writer, filmmaker, entrepreneur, and an asthmatic former two-sport college athlete. Am I a jocky nerd or a nerdy jock? The world may never know.